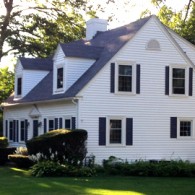 Do you hate paying your mortgage? Maybe not but let’s face it: given the choice, you’d rather not pay one. If you could find an easy way to get rid of your mortgage and your other debt, you’d do it. Right?  That is why “Mortgage Elimination” and “Debt Elimination” scams work: because the scammers are telling you something you want to hear and they make it sound easy – real easy if you’re already having difficulty paying your mortgage.

Most of these scammers have similar modus operandi. First, they come up with a bunch of untrue and wild theories about why the homeowner’s current debt obligations are not valid.   According to the Office of the Comptroller of the Currency: The homeowner is then coached in to signing a worthless instrument entitled “Bond for Discharge of Debt”, “Bill of Exchange”, “Due Bill”, “Redemption Certificate”, or other similarly titled documents in an effort to eliminate legitimate debts. Regardless of how such instruments or documents are titled or whether they appear authentic, they are worthless.   You would be wise to be particularly suspicious of e-mail or web-based advertisements that promote the elimination of mortgage loans, credit card and other debts, while requesting an upfront fee to prepare documents to satisfy the debt.